It’s been almost 3 years since I pressed “Start Streaming” button in my OBS for the first time (if we don’t count my lidl Hearthstone beta russian streams for a couple of days years ago).

3rd of March will be my stream to celebrate it a bit and for you guys to decide what’s planned for 4th year. More in full post…

Next Wednesday, 03.03, 8.30am CET my regular stream will be a bit spiced up by some beer drinking and food cooking, not sure what exactly to cook on stream yet, but I’ll figure it out soon, probably something good for regular cooking – nothing fancy, maybe even a couple of dishes. Will be quite an early drinking though since it’s my regular streaming day so I’ll be starting my usual time and also on workday, so probably not the best time to join me, but if you can then why not. Will bring some Slay the Spire as it was my first game I streamed, always nice to come back to it for a bit.

03.03 and 3 years of stream sounds like a good combination of numbers, perfect to try to start some new “tradition” for anniversaries and for some other special occasions. As you know I’m not really good at selling out and don’t want to change that too much, but some improvements wouldn’t hurt for sure. I’m not a big fan of dono goals, sub goals and such things without having some good goal for them, but seeing how Cb uses it so people can motivate him to do some Doom Ultra Nightmare runs and other things, I guess making it into a way for people to invest in your content might be not a bad thing. So during anniversary stream (or well it will be prepared before stream of course) I’ll set up donation goal, potentially with little milestones on the way like during charity streams, that will help me raise money for “project” that will be streaming content and in general pretty interesting I think. Recently I got this crazy idea about trying to brew beer myself, since I love beer and trying new types of it and instead of just throwing that idea out of my head because it’s too random and dumb, I started processing it more and figured that I might do some of it on stream too and it might be interesting, especially since I have more mature audience. So Pepega Brewery idea came to life and you might be first “investors”  in this “company” through contributing towards donation goal, which will fund the equipment for brewing. 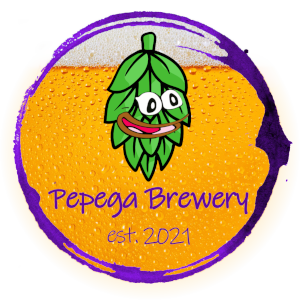 Dono goal will be in like two stages, first will be to just buy fermenter and then it’s possible to just use special pre-made concentrates to make beer, not exactly brewing, but I’ll probably try this method no matter what to see how it works. Second stage is to get stuff to brew your own wort that you can put in fermenter and produce beer, that shit is the most expensive one, to buy device where you can brew it comfortably (you can do it in a pot, but that’s quite an experience, even though again might try it for educational purposes). Overall need around 600-700$ for everything I’d say and as soon as we raise enough for first stage I can already order basic first things to start with that, then we get the expensive device later. I’ll calculate everything properly before setting up goals, maybe will include some kitchen streaming setup improvements, I kinda want to get second “close up” camera.

It always feels kinda weird for me to talk about sellout things, but gotta start someday I guess, so I hope it will go well, will talk about my view on donations and things like this in some future blog too, pretty interesting topic. But overall perfect goal would be to raise money for stream and content related things separately on some rare occasions, while all the necessities are covered by my Twitch paychecks from subs etc, because as I said those paychecks aren’t really huge currently and it would be nice if I can save some too for financial safety.